YouTube Will Run Ads on Videos Without Paying Creators

YouTube Will Run Ads on Videos Without Paying Creators 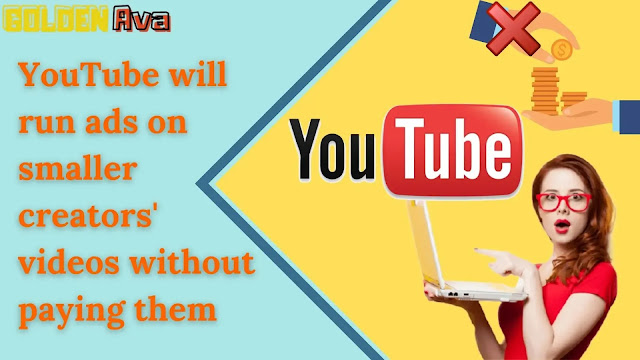 YouTube will now run ads even on videos on channels that are not part of the YouTube Partner Program.

This dicision comes after Google reported a significant increase in profits in the third quarter for YouTube, which saw a growth of  $5.04 billion, up 32% from a year ago. It’s likely to increase advertisement solutions for YouTube, but is sure to provoke creators who aren’t eligible to make money on the platform. 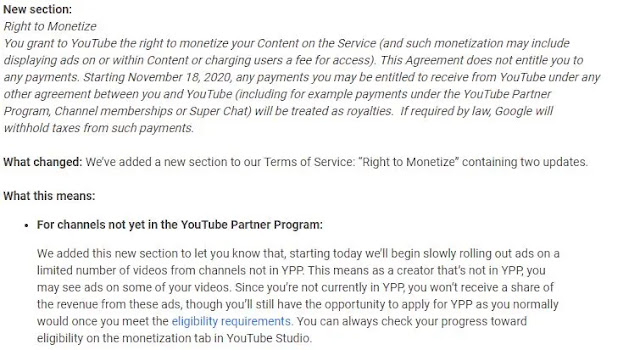 Before those new rules, when ads run on YouTube videos, those creators typically receive a cut of the revenue through their role in YouTube’s Partner Program. But now with the new monetization updates, creators who are not in the partner program “may see advertisements on some of their videos” according to the platform’s Terms of Service.

For smaller YouTube creators, being ad-free can be a competitive advantage as they create content and promote their channel to meet YouTube Parter Program requirements for a monetizable channel with a reasonable amount of revenue. Viewers get to enjoy their videos mostly distraction-free, and the creators can focus on growth.

Now that option is gone.

Of course, from Google’s perspective, there are significant costs to running YouTube and hosting and streaming videos for free. — it took so long for YouTube to become profitable — and bandwidth isn’t free. That’s understandable. The obvious question is, however: if you’re going to monetize smaller channels, why not simply change the Partner Program to include them and give them a portion of the revenue?

Needless to say that small creators didn't apreciate these changes, especially the fact that Youtube is gonna monetize their content and take all the profits to itself.

There has been a massive wave of anger all over social media from content creators who were wondering about the point from the YouTube Parter Program after these updates. Also some channels did't join the program to give their viewers an ad-free experience to enjoy their content and others joined other Parter Programs. The Official Youtube Team Twitter account received tons of questions and criticism after they announced the update.

YouTube is rolling out these changes in the US first, but they will be effective in other countries by the end 2021.