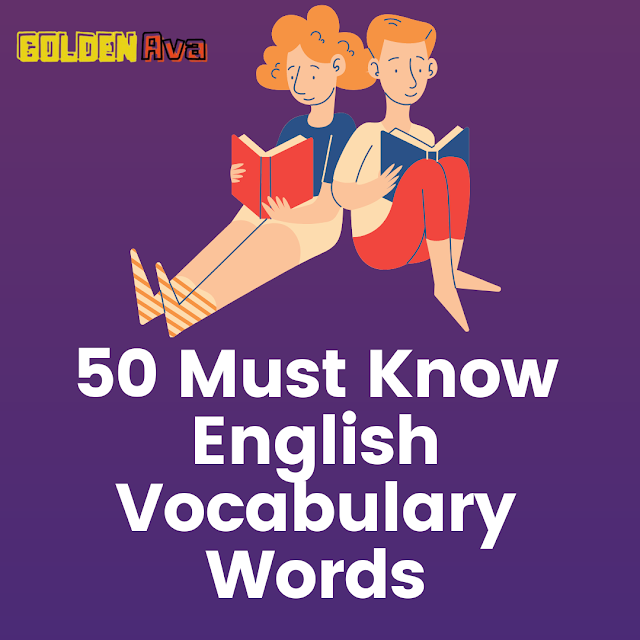 Confidence is the key ingredient that makes a successful personality. Just as how good a set of general skills and good dressing up could make you feel confident, similarly being armed with a powerful vocabulary too enhances the level of confidence among learners, specifically in the beginners. The more you practice and learn new words and later use them appropriately, the more you’ll move an inch closer to attaining confidence and success in various aspects of life especially your communication skills.

Lack of good vocabulary might seem wearisome and bad presentation will have a lifeless effect. Increasing and expanding your vocabulary is very easy if you can spare some time to adopt to a systematic approach and gain control on new words. The first and foremost thing to do in order to improve your word sense is to read more and understand the meaning of new words and its usage. At times you will find that the same words are used in different context with a different meaning altogether.

Understanding the context and how the tense is used is very important. Some of the commonly yet not so commonly used words are explained below with their meanings. Each word is accompanied with an example sentence aimed to express the meaning and its usage.

Inadvertent: Not done deliberately or intentionally. An action not done intentionally can be expressed with this single stroke of word. Example: After observing the statement of accounts it was realized that the mistake was inadvertent.

Appraisal: Terminology used to evaluate or assess the quality and efficiency of a given situation and of a person or nature of job or project. Example: After appraisal the project was dismissed.

Observation: Understanding a situation or an event or development. Example: A committee was appointed to observe the facts.

Network: Connecting with a group of people or professionals. In technical terms it is used to express interlinked mechanism. In other words, using Face Book and Twitter are a way of social networking. Example: His network connection helped him to get a better job offer.

Transit: Generally used as required time to cover a distance in shipping terms and passing through a point in travel terms. Example: Though the shipment began last Monday, the total transit time is 22 days.

Spectacle: Term used to express outshine in a spicy way something similar to being glittering and joyful. Example: The Queen Elizabeth’s diamond jubilee celebrated recently was a lavish spectacle.

Yardstick: Measurement of terms used for judgment to reach to a decision and is also used to describe a three feet long ruler or tape. Example: Harry has been full of criticism for his brother but he did not explain on what kind of yardstick his criticism is based on.

Environment: The place where you live in not limited to house but also defines a whole area and its surrounding. Example: Certain NGOs are actively spreading awareness on environmental issues.

Increment: An act of increase with material benefit. Example: All employees of the firm shall be eligible for an increment of $200 every year.

Compensation: Material replacement of loss. Example: When people are hurt in an accident, the concerned ministry offers financial compensations.

Amplify: To add up more detail when making a statement. Example: Notes have been added in the thesis to amplify the reasoning.

Prevalent: Existing. Often used when relating to historical past. Example: Slavery was prevalent in medieval period in most part of Arab and European countries.

Resume: Restart. This terminology can be used when an operation is stopped for some reason and started where it left of at a later stage. Example: After a short disruption the movie resumed to the delight of the audience.

Induction: Introduced with ceremonial service. This is used at times when a new service or technology is launched or when a new employee is introduced officially. Example: Peter had his induction in his new office yesterday.

Commence: A literal word to replace “begin” or “start”. Example: The football match will commence shortly.

Concern: Disturbed or worried. Example: We are concerned about the situation.

Bowing: Submission. Often used to describe succumbing to pressure and or a gesture of offering respect in some cultures. Example: Bowing to the pressure put by the coastal guards, the pirates surrendered quickly.

Stroll: Leisure walk. Example: Mary has gone out for an evening stroll.

Midst: Among. Example: In the midst of extreme draught, farmers are facing a tough time.

Stable: To reach in to a stage or situation indicating no upward or downward movement. Example: Peter’s condition, though seriously ill is stable now.

Benchmark: A reference standard for excellence. Example: ISO 9001 is a benchmarkfor quality.

Crisis: Bad situation or complicated situation. Example: The price increase in oil has put the economy in crisis.

Sulking: Offended situation of being embarrassed and insulted. Example: The boss is sulking since his employee called him by his name.

Fawn: An action to be noticed or to be flattered with. Example: Nobody fawn better than the media with the kind of news published at the behest of the Government.

Reign: The period occupied during the authority or crown. Example: A documentary over the Queens’ 60 year reign was aired by the channel recently.

Seek: Means to look for or to ask for. Example: Peter tried to seek fame with his continued appearances in the art movies.

Fluctuate: Not being stable. A kind of oscillating situation. Example: The President has not been able to make a steady decision as he continued to fluctuate.

Celebrities: To describe people who are famous for various reasons of good work. Example: Lindsay Lohan is one among the many celebrities who attended the event.

Scum: Used to describe any person of no or less value as a friend or acquaintance. Example: John is a scum as he is usually around Peter to get advantages and use opportunities.

Whopping: To point out something that is massive or huge in nature. Example: The recent whopping prices have been tough for the common people.

Mortgage: To pledge property, valuables or estate with a financer for exchange of money usually governed by terms and conditions. Example: Peter had to mortgage his house in order to start a new business.

Consistent: Indicates events or actions that remain stable or steady. Example: Peter remained consistent with his ideologies and actions throughout.

Homicide: Criminal activity of killing. Killing of a person by another person. Example: John has been charged with culpable homicide.

Intentional: Purposeful or deliberate. Example: It was proved that the accused did the crime intentionally with a certain motive in mind.

Empower: To have more power. Example: The Government provided empowerment to the handicapped with more job opportunities.

Enhance: To increase the power or value. Example: An uninterrupted power distribution to the farmers will enhance the agro-production.

Intercept: To stop or check. Example: The police intercepted the convoy passing through.

Secession: An action where people demand separation from the Union. Example: Secessionist movements are criticized by the authorities.

Plebiscite: A public voting system carried out in state on national issues to ascertain what the people are thinking. Example: The Government will hold a plebiscite to get the approval of public towards constitutional amendments.

Delirious: Extremely excited. Example: He was extremely delirious with his selection in the national soccer team.

Abetting: Encourage or a reason to do a particular crime or offense. Example: The accused was charged with abetment to his girlfriend’s suicide.

Streamline: To reorganize or restructure for more concrete results. Example: The management of the company streamlined its policies to make more profit in the fiscal year.

Graft: To insert or indicate a merger. Example: The new Government grafted old values to their new policies on vocational training.

It is not necessary that one with good language skill is good at vocabulary too. Not many people stress on learning vocabulary as much as they stress on language. But you shouldn’t do that. Pay attention to learning new words and their meanings. This leads to not just perfect communication but also to an effective and impressive communication.

Using good vocabulary creates a lasting impression among the targeted audience. It is always good to learn from mediums like newspapers, editorials and articles, use tools like thesaurus etc. The ability to use the right word at the right place without structuring a complicated presentation will be possible with higher vocabulary maneuvering ability.

30 Common Vocabulary Words You Should Know

How to Avoid Spelling Mistakes in English?

How to Improve Your Reading Comprehension?